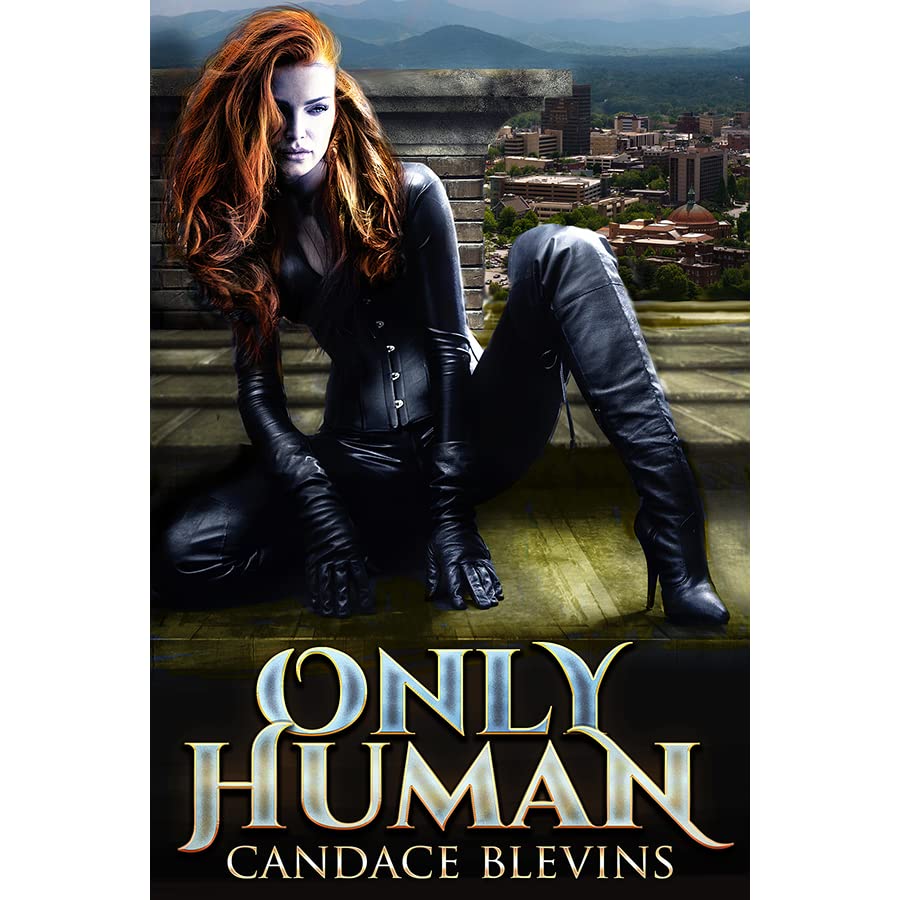 After I binged the Rolling Thunder series, I started following Candace Blevins on social media. My timing was excellent, as she was looking for people who were interested in a copy of Only Human in exchange for posting reviews. I’ve decided to avoid ARCs, since there is some conflict of interest, but this book was released in 2015 so I’m comfortable with it.

This book is the first release in the Kirsten O’Shea universe; it introduces us to the eponymous character and starts the world building. Since I’ve read the other series, some of it was familiar to me already, but coming to it from the perspective of a human and learning some more background was great. Candace’s world-building skills are fabulous, which is one of my favourite things about reading sci fi and fantasy. She has the ability to take the world we know and blend in a whole other level of species and rules that are outside of our experience, but also consistent and rational.

I also continue to be impressed by how complex the characters are, even though the books feature a huge cast. Kirsten is a psychologist, an adoptive mother, a sexual submissive, a monster fighter, and a strong, independent woman. It’s clear though, that she’s worked hard to develop the skills and characteristics that she values, she’s not just a magically perfect person. The supernatural individuals all have differing viewpoints about how they live and interact with the world, they aren’t homogeneous within their species.

In many ways, this book is like a very long prologue. Although there is definitely action, it also has a lot of world-building, character introduction, and set up for what we know, at this point, is going to be a very long main plot arc. It doesn’t drag or lose interest though; this was a book that I’d look at the counter and think “I’m only 45% in? So much has happened, I was sure I was farther along!” I doesn’t end on a cliffhanger, but it is more of a pause in the action than a definitive ending. I am very much looking forward to the opportunity to read more. 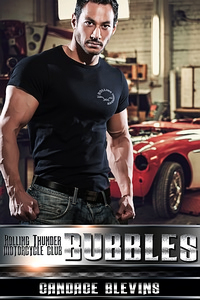 I got book #12 (Bubbles) in this series through a Bookbub offer a year or more ago. And yes, I have to admit that I picked it up primarily because “Bubbles” and “MC” made me laugh. I enjoyed it a lot more than I expected, put Candace Blevins on my TBR, and hoped that Bookbub would favour me with more from that universe. They never have, so at Christmas this year I treated myself to the rest of the books in the series.

I ripped through 13 books in 6 days and I’m not really interested in reviewing them each individually, so here are my comments on the series as a whole. First of all, I have never interacted with any kind of motorcycle club or gang, so I can’t get sidelined by whether or not things are accurate. The same goes for supernatural creatures (that I’m aware of.) She presents them with internal consistency and logic, so I’m happy.

The heroes are all members of the motorcycle club, but they all got there through very different paths and bring different skillsets – although they share the common denominator of being shapeshifters. The women who end up as their mates mostly come from outside the MC lifestyle and have to come to terms with the realities of a 1% club, as well as the knowledge of supernatural existence. I like how they do that to varying degrees and the couples find different levels of interaction with club life.

I’m a fan of her writing style. She does a really good job of creating different voices for her characters, depending on their background, level of education, accent, etc., and even has characters who can swap their speech patterns around at will. Overall, the writing is descriptive and sucks you in, but stays clean and easy to follow. Her world building is impressive and her imagination is diabolical.

The RMTC is actually only one series in her overarching Kirsten O’Shea universe and it’s obvious that this series plays a role in advancing the plotline for the story arc. These aren’t throw-away stories, written just to make money from a successful central series, they provide background and knowledge about the universe as a whole. I will definitely be looking forward to adding more of these books to my collection.

Davina and Grif are successful people in the real world, who think they’ve created the ideal relationship for themselves at Las Palmas. As a bonded pair of switches, they collaborate on their scenes and know each other’s predilections well. But the Overseers’ game forces them to admit that their rule about sharing nothing from their lives outside the club is limiting them, not freeing them.

As usual in this series, the scenes are blisteringly hot. But even more than that, I just loved watching this couple struggle with habits and assumptions and eventually have the maturity to make scary choices and take new chances. This is book ten in the series and it’s still going strong.

Honestly, once Lexi Blake finishes republishing her old catalogue, we are all going to go into withdrawal. Getting a “new” book from an author every couple of months is a treat! I haven’t read the Nights in Bliss or Texas Sirens series before, and I’m enjoying them. In some ways, even with her updates for the new releases, you can tell that these were written earlier in her career. Not that that’s necessarily a bad thing, but it does help to keep it in mind if you are familiar with her newer work.

In the case of the Bliss books, it shows to me in the way that I feel like there is no doubt whatsoever that there will be a “happily ever after”. Yes, I know, for the most part, that is assured with all of these books – many of them advertise it right in their blurbs! – but some of them make the characters work for it. That sense of tension is really missing with these, especially within the relationships that are developing later along the timeline. These characters all live in a town with several successful triads, so there is a model for it being possible. The internal dilemma that often causes the most tension in menage books is pretty much eliminated. That leaves external forces, in this series, usually someone trying to kill at least one of the main characters, as the only possible hindrance. And yes, guns are damaging and in a lot of ways unpredictable, so you can never be sure, but a) Bliss has proven that it can handle itself and b) we know there’s gonna be a happy ending, so the tension is somewhat dispersed.

However, I still enjoy reading these, because the comic situations that Lexi creates are hilarious and unique and the sex scenes are still smoking hot!

I’m still struggling with trying to find some “scientific” way to assign stars. I don’t have one, I’m winging it. So I vascillated between 3 and 4 stars for this one and in the end, I went with 4. Ask me tomorrow, and I might say 3.

I read this book on the recommendation of Mae Wood and the Pig & Barley reader group. Professed is the story of a professor and student at Yale who fall into a D/s relationship. It’s written by Nicola Rendell, and I’ve never read any of her other work. On Goodreads, I’ve given it a rating of 3 stars, although, if they offered a partial points system, I’d probably give it 3.5.

The writing is fantastic, reflecting a level of skill and vocabulary that you’d expect to see from people who attend a prestigious university. There are tender moments, very funny moments and a lot of very hot, slightly D/s, moderately kinky sex. The characters are well-developed, Naomi is perhaps a little more complex than Ben, but that’s understandable – not a failing of the author, but the reflection of a man who has intentionally been living a very limited life.

What bothers me about this book and keeps it from getting more stars is my usual problem with romance novels – although the characters have an instant and definite sexual attraction, there is very little relationship building that we see outside of that. The circumstances which force their relationship to be hidden mean that when they do see each other, they are either ignoring each other or ripping their clothes off. The fact that Ben likes Naomi’s appreciation for hamburgers is nice but not the basis of a long-term relationship. It’s not that I think they won’t make it, I just frequently wish we got to see more than sex and arguing about sex.

Obviously, there is a concern to be addressed here regarding their teacher/student relationship, which is exacerbated by the fact that not only is Ben a professor and Naomi a student, she takes a class directly from him. In real life, I think there are very good reasons for not allowing sexual relationships between students and teachers. For the sake of a plot line, and with the caveat that fiction doesn’t necessarily dictate real life, I’m willing to roll with it.