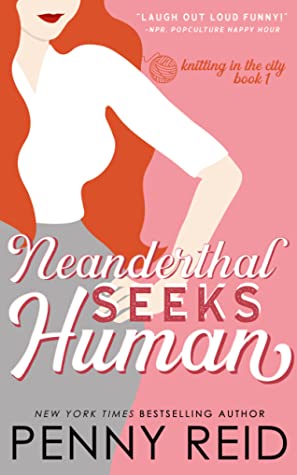 I was able to hunt down the full series of Penny Reid’s Knitting in the City and I tore through them. I’ve yet to be disappointed by any of her books. Obviously, some of the couples appealed to me more than others, but overall, they are robust characters with strengths, weaknesses, foibles, and traumas. Watching them work through their issues to reach their happily ever afters is enthralling.

I love how Ms. Reid includes characters who are “outside the norm” – and does it with a deft touch and attention to detail. Some of her characters are neurodivergent, some are in the genius or prodigy pool, but she never presents them as the cardboard cutout stereotype or uses them purely as a plot point. I also like that for the most part, the characters don’t do stupid or out of character things just to create drama for the plot. Which isn’t to say that they don’t do stupid things or things triggered by their personal histories, because that’s what human do.

These books aren’t perfect, but they are highly enjoyable.